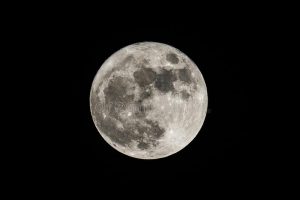 The correct name for this lesson is Light and Darkness, but if I had written that you would probably not bother to read it.

Anytime someone begins to tell the secrets of the dark, people will stand in line for hours to get a seat.

Sometimes the most profound things are also simple enough for a child to understand. It turns out that light and darkness are simple enough that a sophisticated person has zero chance of grasping it. They are mysteries hidden in plain sight. If you can remember being three or four years old, it should make more sense. If it does, it may save your life.

Remember when you were still very small, but old enough to get into bed by yourself. When it became dark, you went to sleep. When it became light again, you woke up. When you woke up it was a new day for you. You got out of bed and started moving.

Light wakes you up. Truth is spiritual light because it wakes you up spiritually just like the morning light wakes you physically for a new day. No one understood this as well as John, the apostle Jesus loved. He wrote:

“This is the message which we have heard from [Jesus] and declare to you, that God is light and in Him is no darkness at all. If we say that we have fellowship with Him, and walk in darkness, we lie and do not practice the truth. But if we walk in the light as He is in the light, we have fellowship with one another, and the blood of Jesus Christ His Son cleanses us from all sin.”

Darkness is the opposite of light. In the world in which we live, there is night and there is day. The moon rules the night, and the sun rules the day. When we are in the dark, the moon seems like a bright light, but it’s actually dark, and only reflects light because the sun shines upon it like a mirror. The brightness of the moon that we see at night is illusion and deception. As soon as the sun rises, the moon pales to near-invisibility by comparison. We cannot believe that we were so foolish as to think that the moon is the source of light at night. It isn’t – It’s just a mirror. All the light in this world comes from the same source.

Darkness is smoke and mirrors, slight of hand, illusion and deception, and it plays upon our ignorance and fears. Light does not do any of these things. Why is it that we love deception and hate the truth? Why do we want people to lie to us, to tell us things we wish were true but that we know are not? We love deception because we are dark ourselves. When you turn off all the lights, does your body light up the room? No, because your body is dark. Without a light, you can’t see a thing.

We must get our light in the same way the moon does, by reflecting it. We don’t make light naturally. Go back in your mind to when you were three or four years old. You lied. We are born liars. Someone had to teach us that lying is wrong and correct us. Truth brings judgement, and we all naturally avoid it.

But truth heals. It wakes us up. It illuminates the problem and provides a diagnosis. In the light of the morning we arise from our beds or coffins and begin moving. Listen to this carefully. We hate the truth, even when it offers the only possible hope for real healing. We would rather listen to lies from people we trust than to learn that our problem is darkness.

When I was a missionary in Tahiti in the 1970’s, I read a history someone wrote about missionaries that were there before my time. One of them was working on an island that didn’t have a medical clinic. He climbed a coconut tree to get some coconuts and fell, breaking his leg. It was a bad fracture. He cried out and asked them to get him to a doctor. The only doctor they had was a tahu’a – a witch-priest. The witchdoctor dug a trench in the sand that filled up with seawater, dragged the missionary into it, and kept him there until he was shivering cold. He put his hands on the broken leg and sang a prayer. In a little while the leg went straight and the injured man was able to get up and walk. He couldn’t believe it, but his leg was whole again.

A few weeks later he sailed to the capitol city Papeete for a mission conference. He spoke with his superior privately about the incident, and said he was having a crisis of faith. How could the witch priest have the power to heal him instantly, when he did not even believe in Christ? The older man asked him to sit down. He put his hands on him and prayed for God to cast the darkness out if him in the name of Jesus, and suddenly the leg was broken again! He was not healed at all, but had been taken in by magic – a deception, the illusion that his leg was whole – maintained by the presence of a spirit that now resided in his leg. They took him to the hospital and had his leg set the hard way, which is the correct way.

Real healing is a process. It hurts. It disrupts our life. It wakes us up to things we don’t want to know, and changes us in a way that we can never be what we were again. We hate it. Magic gives us what we want, instantly, but it isn’t real. It is only a reflection of light like the moon, and not light itself. Truth never takes the easy way, but it ends with making us better than we were before, and not the same person who was fooled by what seemed to be bright light shining in the darkness.