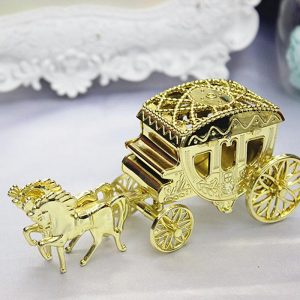 In Part One, we looked at the mystery of the first two characters in Solomon’s Song. I identified the “beloved” maid of Lebanon as a type of Mary Magdalene and of all believers. At the time the Song was written, Lebanon was inside the Kingdom of Israel, thus she resembles Gentile subjects of the Jewish King too.

We also examined the mysterious shepherd “lover,” whom I identified as a type of Jesus of Nazareth, the Good Shepherd of the gospels that came for a bride without splendor or worldly wealth. Most of the time, he and his flock slept on the hard ground, and yet he promised his beloved a fine house with beams of cedar. That’s pretty big talk for a shepherd.

Now we turn our attention to the apparent third character, but a minority of commentators say there are only two. I have to agree with the minority, because of the antitypes each character portrays. Only this view shows the “greatest of all love songs” to be the gospel of Jesus Christ, which seems obvious to believers while remaining hidden from unbelievers.

In the Third Song (Song 3:6 to 5:1), something very unusual happens in the city where the maid lives. They see the dust rising from a fast-approaching military party on the horizon and say, “Who is this coming up from the desert like a column of smoke?” This imagery evokes the Exodus, during which the Lord appeared to Israel as a pillar of smoke that went before them. Isaiah 63:1 asks a similar question by saying, “Who is this coming from Edom, from Bozrah with his garments stained crimson?” On that day, they will realize that the one who comes with wounds in his hands is their rightful Lord and King (Zech. 13:6).

“Look! It is Solomon’s carriage, escorted by sixty warriors, the noblest of Israel, all of them wearing the sword, all experienced in battle, each with his sword by his side, prepared for the terrors of the night.”

Here comes the king himself in a golden carriage with an honor guard of knights. What could he possibly be doing way up in Lebanon? The door of the carriage opens, and he is wearing his royal crown. Then something wonderful happens. The king steps down and looks directly at you, dear beloved, and says, “How beautiful you are, my darling! Oh, how beautiful!” He then describes your beauty in poetic detail in front of everyone.

To our surprise, here is the king, and he is the same man who came before as the simple shepherd. He was in disguise all along! He wanted to know if she would love him as a poor shepherd first, before it was safe for him to reveal that he is really the king she dreamed of and prayed to. He wanted to be sure she loved him for himself, not for his riches and glory. She did; and he came back to take her away to his palace, where it turns out he has a private garden, the literal meaning of “paradise.”

Do you find it strange that he calls her “my sister, my bride?” Keep in mind that when we give our hearts to Jesus, we become sons and daughters of God. We now have the same Father that Jesus has. We are his adopted sister and his bride at the same time. All he has is also ours to share with him.

Did you catch the part about “there is no flaw in you”? He has paid for our sins. Because he did, there is no condemnation for us at all (Rom 8:1). No matter what we were like before we knew him, we are flawless in his eyes. All he wants from us is our undivided heart.

In Prophesy in Solomon’s Song, Part Three, we will examine the nine fruits that are growing in Solomon’s garden and see what they point to in the New Testament.