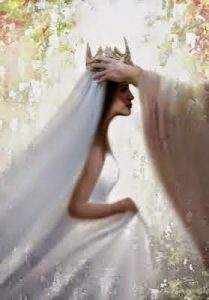 Going back to the prototypes in Genesis, the first redeemer was Noah, the tenth man from Adam. He redeemed the world from the judgement of the flood by building an ark of wood, and by faith in God. God gave him a covenant that was binding on all of humanity after him, and if you read it carefully, parts of it were binding on the beasts of the earth as well. If unregenerate man is little more than an evolved beast, this covenant is God’s agreement with men in their fallen nature, together with the beasts they resemble. In this covenant, God reveals Himself as man’s present Creator and future Judge.

Ten more generations from Noah we come to Abraham, who was the direct means of redemption for Israel. God made a covenant with Abraham and his descendants by Sarah concerning the land of Israel belonging to them forever, and concerning kings to come, specifically David and the Son of David who is Christ. The covenant with Abraham sets Israel apart from the world and gives them a new destiny as God’s people eternally inhabiting the land of Israel. In this covenant, God reveals Himself as Israel’s present Deliverer and future Messiah/King.

Ten more generations go by from Abraham and we come to Boaz in the little book of Ruth, who redeemed just one person – his Gentile bride. Ruth as a type of the Church is a rich study, revealing much about the covenant God makes when He gives Israel’s Messiah a Gentile Bride. In this covenant, God reveals his Son as our present Shepherd and future Bridegroom.

We must not expect a judge to treat his wife in the same way he treats a criminal, nor expect a king to give the same benefits to foreigners as he does to his subjects, nor for children of the king to pay taxes when his subjects do. In each of these covenants, God’s actions toward men are determined by the requirements of His role in the relationship.

Is this unfair? Not in the least. Everyone is under the covent of Noah, including Israel and the Church. God commanded Noah not to eat meat with the blood still in it, and not to indulge in sexual immorality. In Acts 15 when the apostles debated over the minimum code of conduct for Gentiles joining the Church, they required the same two things.

What if someone who is not born from the chosen seed wants to be counted as part of Israel? God provided ample means for Gentiles to become naturalized citizens in Israel, if they circumcised all their males and participated in the anual Passover seder and Feast of Unleavened bread. The Lord said, “they shall be as the inhabitants of the land.” A person who became an Israelite from the world was called a proselyte, and all were welcome.

What if a person of the world or a Jew desires to become a part of the Bride? The door is standing open. Anyone can partake by entering into the covenant, by faith in Jesus and by communion with his Ekklesia, the Church.

What difference does it make which covenant I fall under? It makes the greatest difference imaginable, because each covenant leads to a different destiny. The world’s destiny is the great white throne judgement for all their works, with no one to intercede for them. Israel’s destiny is to inhabit the land of Israel, to hold Old Jerusalem, and to be subject to the Son of David. The destiny of the Ekklesia is to sit beside Jesus as his Bride, a royal priesthood to the peoples of the world, and to inhabit New Jerusalem forever.

Take your pick, but you can’t choose “none of the above.” I’m going with the last one.