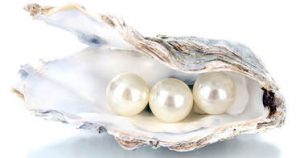 Jesus called himself the door or gate of the sheepfold. In the last two posts we considered two individuals who became like a door from the OT.

Lot was the first name with the Hebrew word for door or gate in the same sentence. He became a closed door to the men of Sodom when he went out to reason with them. Boaz became an open door for Ruth the Moabitess to become a naturalized citizen in Israel, permitted because of the law of land redemption, and the precedent of Judah and Tamar.

There are probably additional examples we could find, but those two stand out in my mind because both stories provide us with types of the Church. I believe it is the role of the Church to be a doorway for the unredeemed to Christ, and would like to examine one more type to make the point.

9 One of the seven angels who had the seven bowls full of the seven last plagues came and said to me, “Come, I will show you the bride, the wife of the Lamb.” 10 And he carried me away in the Spirit to a mountain great and high, and showed me the Holy City, Jerusalem, coming down out of heaven from God. 11 It shone with the glory of God, and its brilliance was like that of a very precious jewel, like a jasper, clear as crystal. 12 It had a great, high wall with twelve gates, and with twelve angels at the gates. On the gates were written the names of the twelve tribes of Israel. 13 There were three gates on the east, three on the north, three on the south and three on the west. 14 The wall of the city had twelve foundations, and on them were the names of the twelve apostles of the Lamb…. 21 The twelve gates were twelve pearls, each gate made of a single pearl. The great street of the city was of gold, as pure as transparent glass. (Rev. 21:9-14, 21 NIV).

In this scene, Jesus is seated on a throne within the Holy City. The way to Jesus is through the twelve gates of the city, which are named for the twelve tribes of Israel, because Jesus said, “salvation is from the Jews.”

But there are also twelve foundations beneath the wall of the city, named for the twelve apostles of the Lamb:

19 Consequently, you are no longer foreigners and strangers, but fellow citizens with God’s people and also members of his household, 20 built on the foundation of the apostles and prophets, with Christ Jesus himself as the chief cornerstone. (Ephesians 2: 19-20)

The gates themselves are pearls. Pearls are living gemstones that are born of pain, because of an irritant within the oyster. Oysters are also not kosher.

Jesus compared himself to a merchant who traveled the whole world in search of a perfect pearl, worth so much to him that he went away and sold all he had to come back and buy it. Professional merchants never do this. They buy low and sell high to become rich, but Jesus impoverished himself to possess this pearl for himself alone.

The pearl is the bride, a new creation that includes believing Jews and believing Gentiles. The twelve tribes and the twelve apostles are represented by the four and twenty elders surrounding the throne. The walls, gates, and foundations are one thing, a new Jerusalem, a new creation, or in a word – the earthly Church and heavenly Bride of Christ.

How then are we like a door? The pearl gates stand openly beside Jesus, the Gate of the sheepfold of God. We reflect his light brilliantly – like pearls – so that “whosoever will” can easily find the nearest gate and enter.

See the extravagance of His grace pictured! Not just one gate, but twelve! Not twelve different ways to God, but twelve identical entrances, so that no matter where a person comes from – whether from the north, south, east, or west – they may easily find the Door.

Stand openly beside Jesus like pearls, white with his righteousness, shining with his light, so that all who will can easily find Him.